The Robert A. Naef Foundation 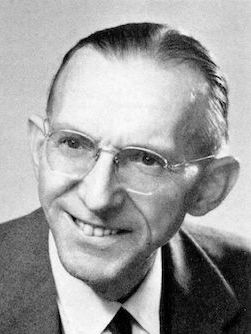 The Robert A. Naef Foundation was created on the 15th of April 1977 on the initiative of Mrs. Daisy Naef-Ryter. According to its' statutes, the Foundation has the goal of honouring the memory of the late Robert Adolf Naef (22 July 1907–13 March 1975) by installing his Reinfelder and Hertel telescope in a newly created astronomical observatory. The observatory has the further goal of actively contributing to the exposure of young people to the art and science of astronomy.

The Foundation was recognised as being of public interest by the Gouvernment of the State of Fribourg on the 16th of May 1978.

For 50 years Robert Adolf Naef, who worked at the Urania Observatory in Zurich, dedicated all his spare time and energy to popularising astronomy. His Opus Magnus was the creation of the astronomical annuary "Der Sternenhimmel" in 1941.